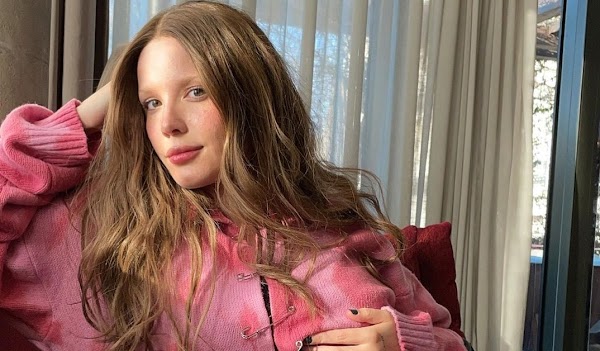 American singer-songwriter Halsey (born Ashley Nicolette Frangipane) is best known for the major hits “Closer”, “Without Me” (feat. The Chainsmokers), and a collaboration song with BTS “Boy With Luv”. Her unique voice and numerous chart-topping singles made her came to worldwide fame. Halsey is also an activist who actively speaking about social issues.

The talented musician was born in Clark, New Jersey, on September 29, 1994 and has two brothers. She grew up listening to The Cure, Nirvana, Kanye West, Slick Rick, and many more artists who inspired her in making music. Halsey began playing musical instruments since she was a child. After mastering cello, violin, and viola, she played guitar at the age of 14. Due to financial troubles in her late teenage years, she started performing music to support her life. Using one of her stage names, ‘Halsey’–which came from the arrangement of her name, Ashley–she went on one stage to another in different cities as an electropop singer.

She started her career by uploading cover songs on YouTube. Her name rose to fame through one of her videos entitled “The Haylor Song”, a parody of Taylor Swift’s “I Know You Were Trouble” in 2012. At that time, she was a fan of Harry Styles and did not like Taylor for dating him. She expressed it through the video. It suddenly gained attention in social media, made the song famous and Halsey earned popularity. Besides YouTube, she also posted her work in SoundCloud. Her performance was noticed by a lot of recording labels who offered her a record deal. Halsey then signed to Astralwerks, a label that specialized in electronic and dance music.

After releasing a debut EP Room 93 in 2014, Halsey became the hot topic on Twitter for her spectacular performance at the South by Southwest (SXSW) festival. She was also featured in Imagine Dragons’ tour in 2015 as the supporting act. She made her breakthrough with a debut studio album Badlands (2015) which successfully peaked at the number 2 on the Billboard 200 chart. Within the first week, the album sold more than 97,000 copies, boosted by the hit singles “New Americana” and “Ghost”. Her other track, “I Walk the Line” was used in Power Rangers’ teaser trailer.

The following year, Halsey teamed up with EDM musicians The Chainsmokers on the chart-topping single “Closer”. She returned with her sophomore album Hopeless Fountain Kingdom featuring the lead single “Now or Never” and “Eyes Closed”. She then embarked on tour to promote the album with the support from Charli XCX and PARTYNEXTDOOR until the end of the year. Her effort was honored with Rising Star Award at the 2016 Billboard Women in Music.

In 2017, the song “Closer” earned Halsey and The Chainsmokers three nods: Top Dance/EDM Song Award, Top Hot 100 Award, and Top Collaboration Award at the Billboard Music Awards. Repeating the predecessor’s success, Halsey’s second album topped the Billboard 200 chart and sold 106,000 copies. She also issued a standalone single, “Without Me” in 2018 which was well-received and slowly peaked at the number 1 on Billboard Hot 100 chart. Branching out the collaboration, Halsey teamed up with BTS, a multi-platinum pop group from South Korea, on their single “Boy With Luv” in 2019 which gained more than billion views on YouTube. For her dedication in music, TIME magazine listed her name as one of the 100 most influential people of 2020.