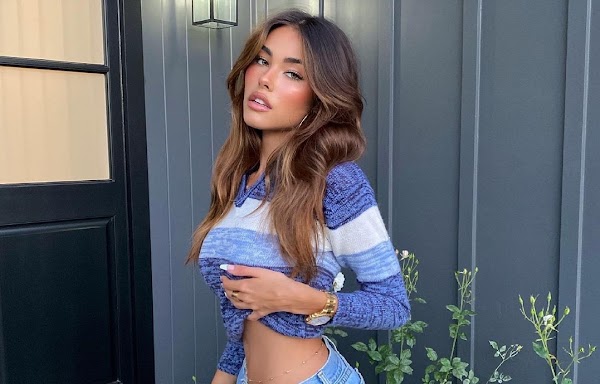 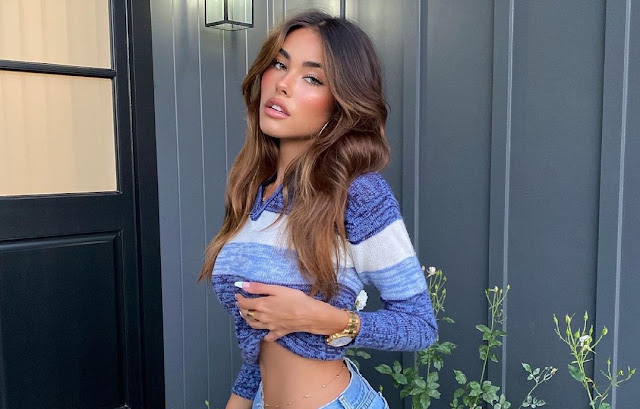 American singer and influencer Madison Elle Beer is best known for the hit “Unbreakable”, “I Won’t Let You Walk Away”, “All for Love”, and the pop group K/DA’s “POP/STARS”. She also collaborated with other musicians, such as Ina Wroldsen and Cody Simpson. Her name rose to prominence when Justin Bieber posted her cover of Etta Jones’ “At Last” in 2012.

The talented singer was born in Jericho, New York on March 5, 1999 and grew up with one sibling. Shortly after her brother was born, the parents were divorced and later she lived with her mother. Madison has developed an interest to music since she was young. She loved to perform and sing; even learned musical instruments by herself with the help from books and internet. Before attending the Jericho Middle School, she was homeschooled for couple years. At the age of 13, Madison started uploading her cover of popular songs on YouTube. On May 2012, she posted a cover of “At Last” by Etta Jones. Two months later, her unique vocal techniques was recognized by the superstar Justin Bieber who attached a link of the song and complimented her on Twitter. With the huge exposure from the massive number of Bieber’s followers, Madison then got more than 500,000 subscribers within weeks. Unexpectedly, Justin Bieber decided to meet her in person. It led Madison to sign a record deal to Island Records. With the help of Bieber, she was under the management of Scooter Braun who was also Bieber’s manager.

Her debut in entertainment was in an independent movie Louder Than Words in which she played a small role in 2013. At that time, the newcomer Madison showed her vocal skills in the theme song of We Are Monster High. She also collaborated with Cody Simpson for the single “Valentine” which was premiered on Radio Disney. Her solo career started with her first single “Melodies” which was written by Ben Kohn, Ina Wroldsen, and more. It was followed by the next song “Unbreakable” in the following year. Both of the singles were chart-toppers and boosted Madison’s popularity in social media. In a short time, she gained more than two million followers in Twitter and Instagram.

Madison went on to establish herself as a pop star by releasing several hits and working with great musicians. Her voice was featured in DJ Mako’s “I Won’t Let You Walk Away” in 2015. The song entered the US Billboard Hot Dance/Electric Songs chart and the US’ Dance/Mix Show Airplay charts. In the same year, Madison issued the catchy single “All for Love” and other song. In 2018, her EP As She Pleases was released, featuring “Dead” and “Say It to My Face”, two songs that previously launched last year, and also “Home”. The effort was successfully entered the Billboard 200 chart. She also involved in Riot Games’ virtual pop group named K/DA in their debut track “POP/STARS” and later in “MORE” and “VILLAIN”. In 2020, Madison Beer launched her first full-length album, Life Support with the singles “Baby”, “Selfish”, “Boyshit”, and many more.